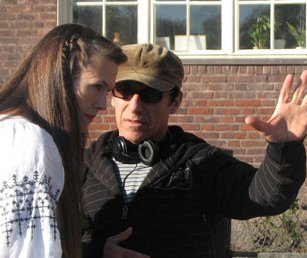 The company was founded in 2013 but then under the name Shakefilm. Black Bird Film focuses on feature films, short films and documentaries and is involved in several productions both internationally and nationally.  Has received support from the Swedish Film Institute and other financiers for development and production over the years.

has previously written, directed and produced the following short films: My father does not cry and Soccer player at midnight and worked with well-known Swedish actors. Soccer player at midnight have competed in several major European festivals. Shaker's latest film is the feature film Bloody Boys, which premiered in Sweden in April 2012. Shaker wrote the film music/script, directed, and produced and has competed and appeared at several major film festivals around the world.

Shaker K Tahrer is also a writer and has written short stories and theatrical reviews. Shaker is educated at the University of Baghdad in Iraq with a major in literature. He has also studied directing at the Gothenburg School of Motion Picture Arts and Film Music/Screenplay Composition at Film i VÄST in Trollhättan.

Jan Wadebro is the Chairmen of board at Black Bird Film.